Platform instability has been causing errors, slowness and breaking the layout of some of the pages. I am hunting down the problem but it still persists.

My apologies for the inconvenience and bellow-par experience.

The series of visits to Angola keeps on going, and trust me, I’m not complaining!

This time, after a long preparation, and investigation I managed to do a quick visit to one location that I am having trouble finding words to describe. The place is known by different names, but the one I feel as best describes it is “the boat museum beach”. And for someone that loves boats in all forms, shapes and phases of their life like I do, this is very close to paradise. It is an unreal scenario where boats are laying on the sand waiting … for time to pass.

My upfront apologies, as the article and images fall so very short to what the location deserves. If you have the chance to visit it, don’t miss. Ping me if you need further details or a guide reference. I’d be more than happy to help.

Many will tend to disagree with me, mainly because they never been to Angola and formed their opinions from hear say, but when you go outside the busy big city of Luanda, magnificent and exuberant African landscapes are presented to you. Angola is a gem with a lot to be explored. Sure, there are some risks, but it is my opinion that you don’t avoid risk, you manage it. For that reason, you need local guides that you can trust and you need to abide by their guidance (always remember why you hired them in the first place). Avoid showing off values as big cameras, money or jewels, is a common  good sense practice that you would apply in any place in the world.  And don’t explore inner land alone (I’ve been told that there are still areas where left-over land mines from the war haven’t been cleared). Now that we cleared all the scary stuff out of the way, let’s dive into the awesomeness.

Praia de São Tiago was the chosen destination because it has the biggest concentration of ships, and its is close enough to get there and back without  great effort (time).

André, my trustworthy local guide, has delayed my request for some time, with a very good reason: it had been raining; And when it rains down here, it pours! Water accumulates and causes a whole sort of troubles to the already busy traffic. 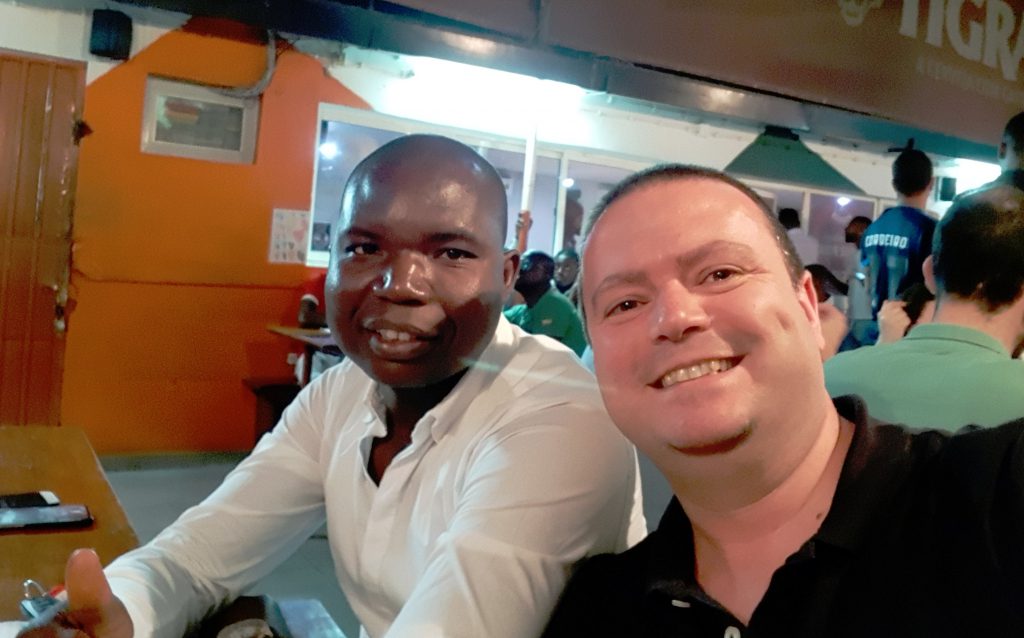 The boat museum beach is just to the North of Luanda, but although it is only about 50 km away, it will take about 2 hours to get there. A good part of the road is picada, local name for dirt-road, and when it rains… well just forget about it. You will need a serious 4×4 to go through and you can double the time. Oh, and just on the safe side, make sure your guide knows some locals with tractors 🙂 I’m serious! Although it hadn’t rained for a couple of weeks and the road looked dry, we fell into a hidden mud hole.

On the way we find locals going about their lifes, probably going to the local market to sell some of their crops 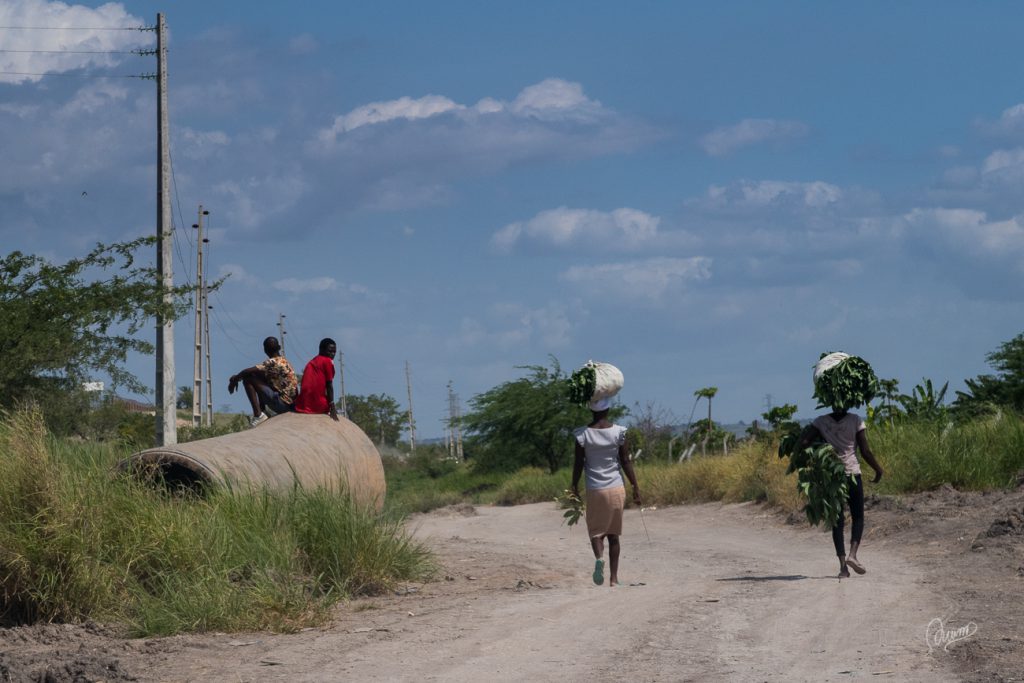 The picada to the Boat Museum Beach

Along the “picada“, you start to see some structures on the horizon, but being so far away, it is somewhat difficult to distinguish what they are. As we got closer I started to realize the size of the boats. They go all flavors, but certainly they are not dinghies… 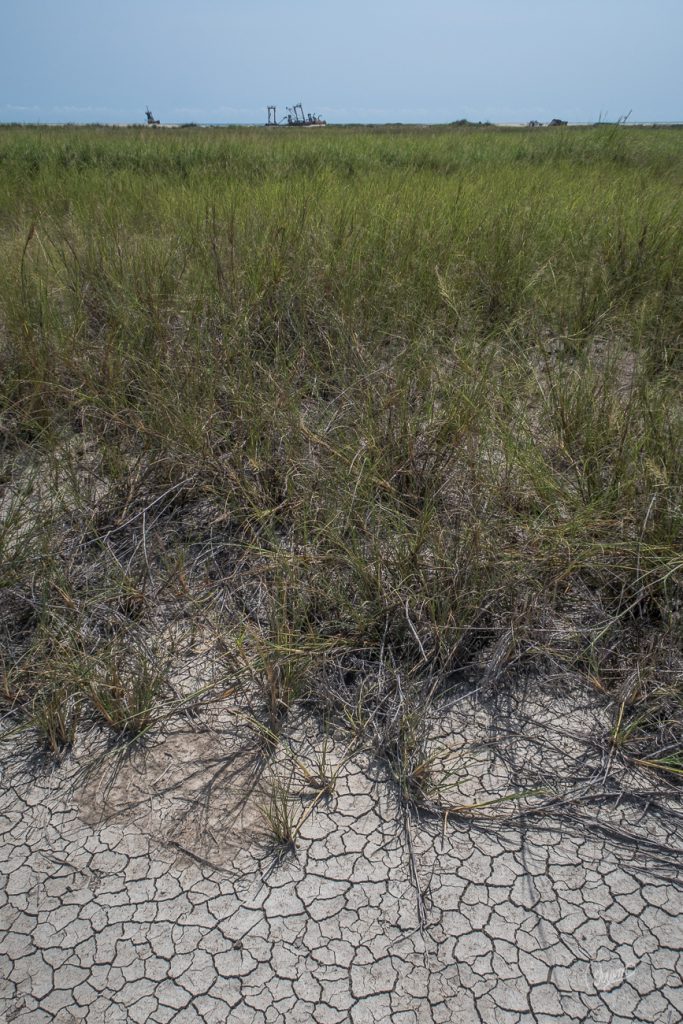 Up ahead in the distance, the vessels start to crawl above horizon.

The road continues a few more kilometers until we hit an old sand extraction area. By itself these sand rock cliffs deserved a session on their own, but not this time. We are now very close and to the northern end of the bay, the road ends in a reserved area, supervised by armed guards.

A word of advise: avoid the area unless you obtain a previous authorization from the guards, and always be polite and respectful.

This is the starting point of Praia de São Tiago, a huge beach with about 15 km of white sand … and boats. I could spend weeks here and still not capture a glimpse of what you would feel in person. 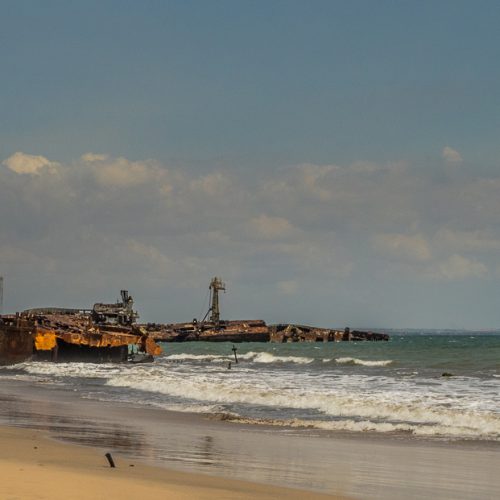 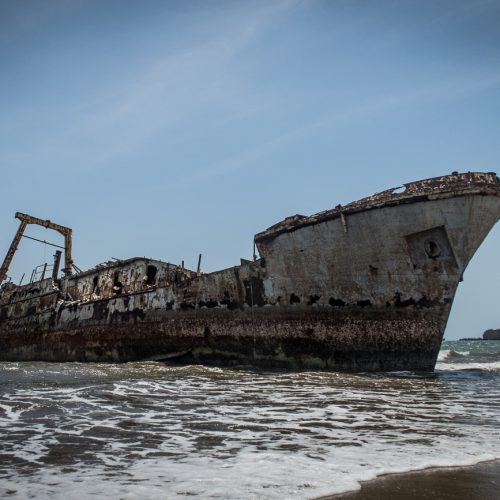 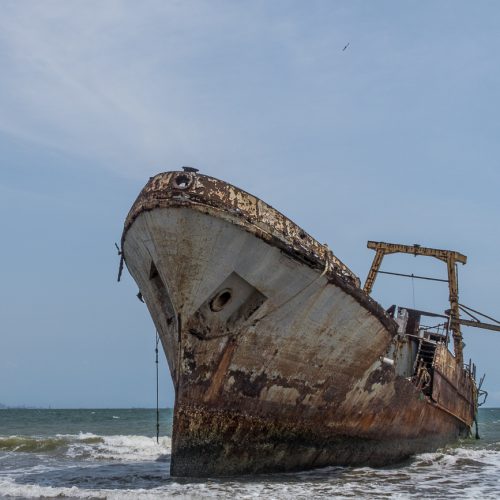 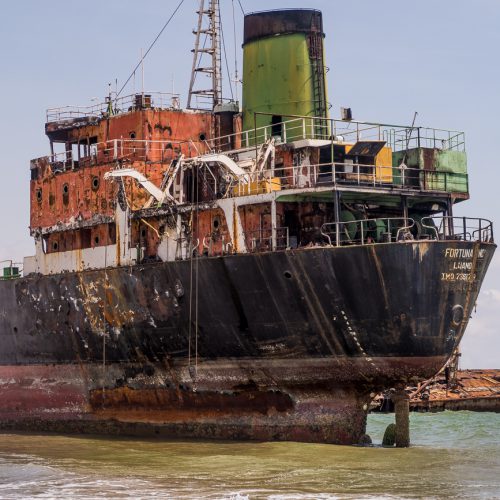 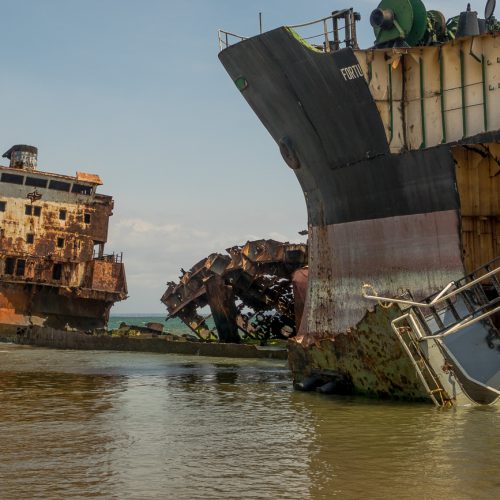 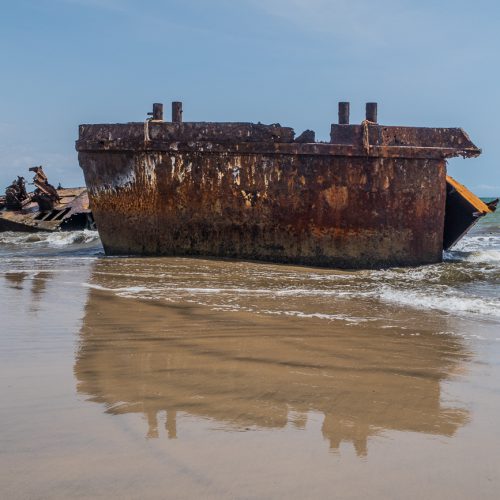 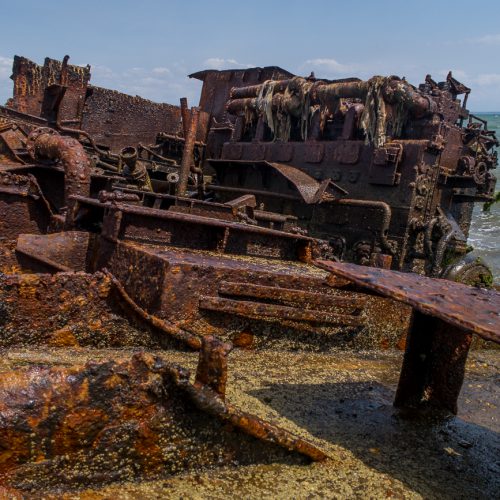 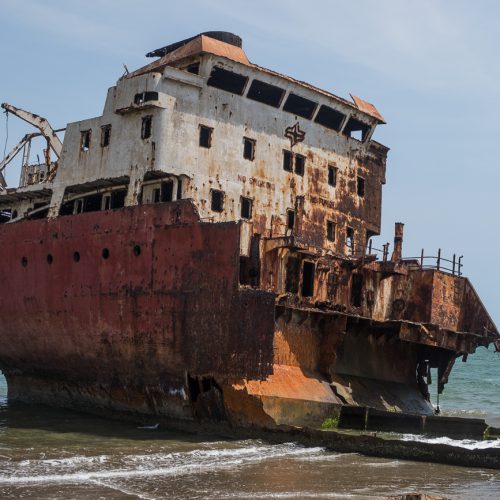 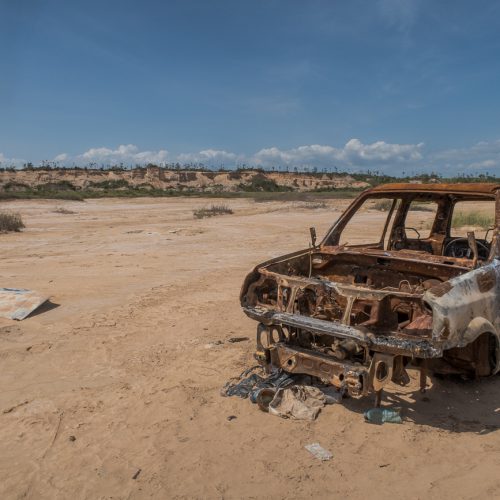 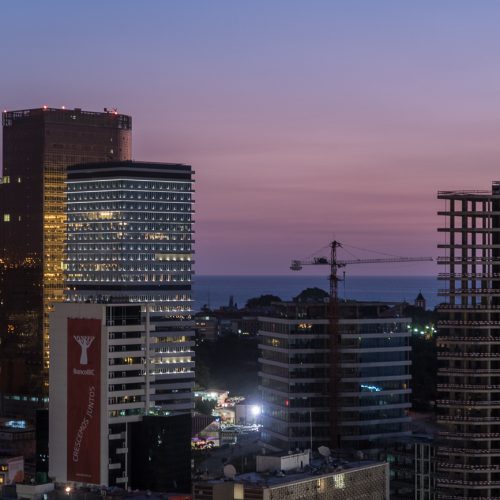 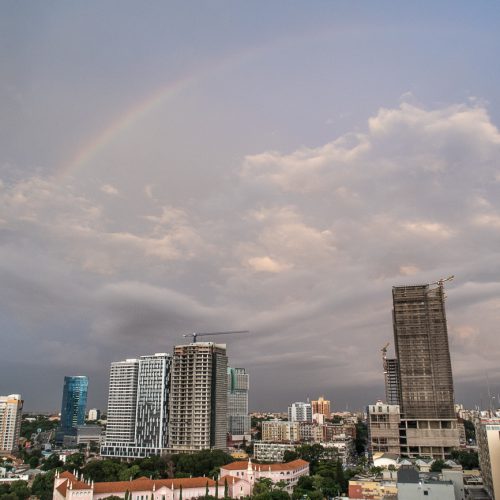 The images above were the top pick from the possible images captured during the session, with a compact, no tripod and no filters. The timing was also far from being the best. The images have been post processed, mainly with exposure, curves and levels adjustments.

This was also the first time I took out my analog travel 120mm film camera. I’ve shot a a canister of 120 film, but at the moment of writing this article, i didn’t yet process the film, so nothing to show. Can’t wait to see the outcome. 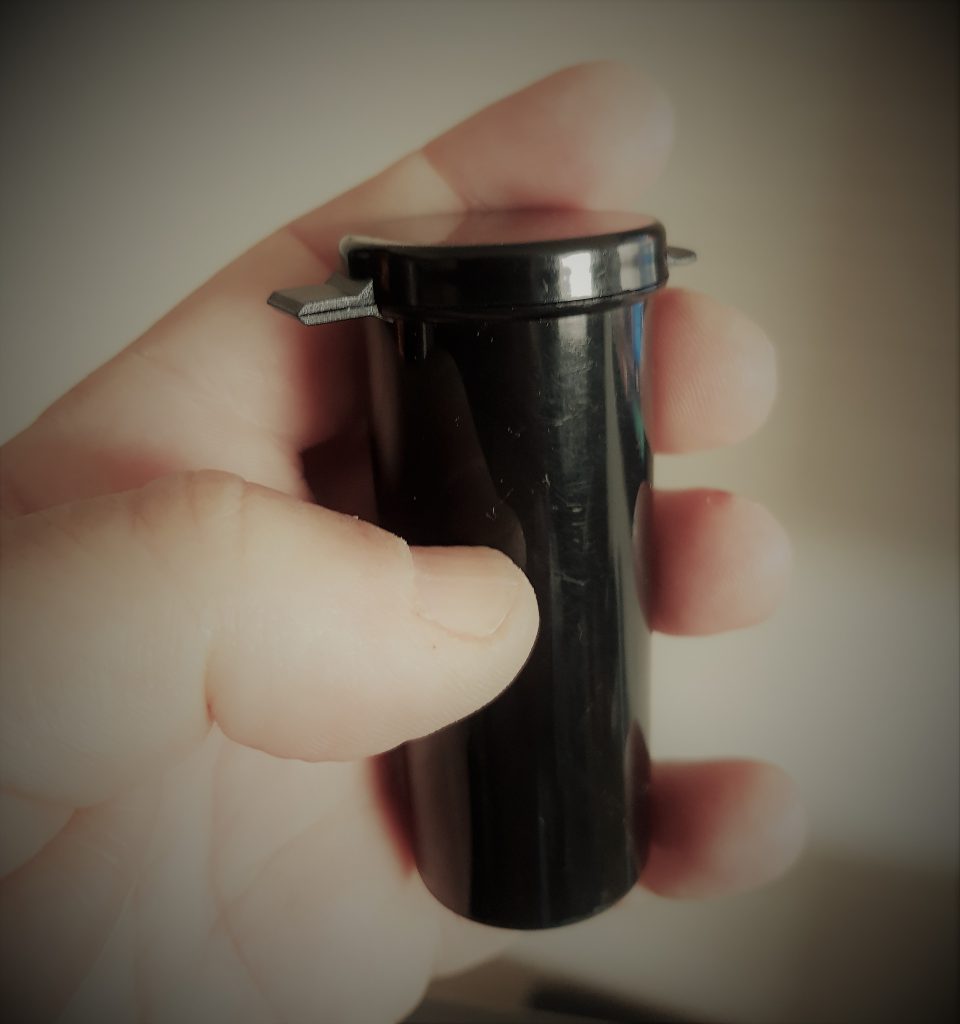 My precious – the 120mm Fuji Acros film canister. Still on the processing backlog.

With so much left to be seen, I don’t like to repeat locations. Well that is the rule, but I’ll make an exception for this one.

I would certainly love to come back and the current plan is:

It was a fabulous investment of time. Loved the place and the emerging possibilities.

The surreal scenario, the sheer size of some of those vessels, the texture and contrast of the dark hulls against the clear blue water is unbelieveble.

Angola is out of the touristic path (for now), but I believe that will change in the near future. There are amazing places to visit, many hidden gems waiting to be discovered. Setting aside cultural differences, being humble and blending with the locals (always with a guide), you will find amazing people, a lot to see and to learn.

All shots captured with a Canon G7X MkII, no filters and a Manfroto Pixi mini-tripod.

TravelAround: Malmö, Sweden
Malmö is the capital city of the Scania district, in the southern part of Sweden. With a population of approximately 300.000
Read more.